Something about this tweet captures my ambivalent feelings about the work of the Episcopal Church General Convention. 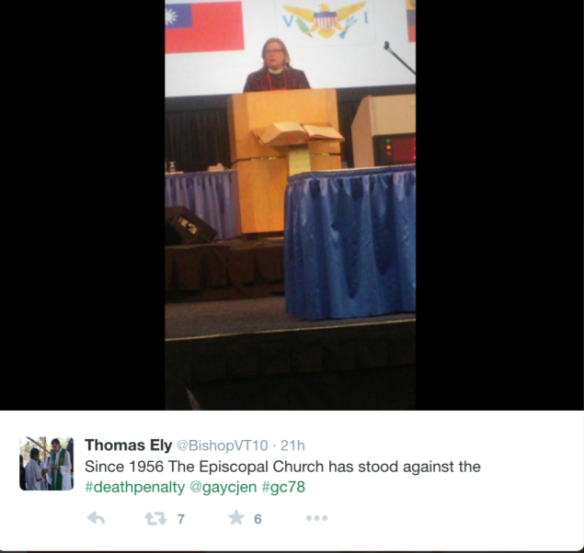 Perhaps the Episcopal Church has made statements against the death penalty since 1956, but in those 59 years, how many Episcopalian judges, governors, legislators, prosecutors, and jurors have colluded in death penalty sentences?

(Episcopal Church General Convention: The Surreal and the Real may become a regular feature of this blog over the next week).